The Nessah Synagogue in Beverly Hills , home to the largest Persian, Orthodox, Sephardic community in California was vandalized last night. Windows and doors were broken and prayer books were destroyed.

According to early reports on social media 9 Torah scrolls were damaged, but this later proved erroneous. 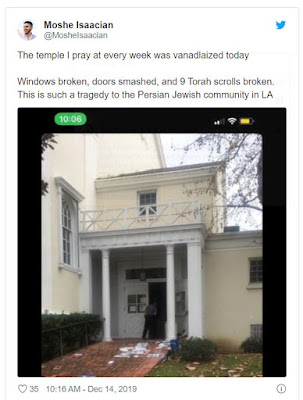 The area is cordoned off and is being treated as a crime scene. 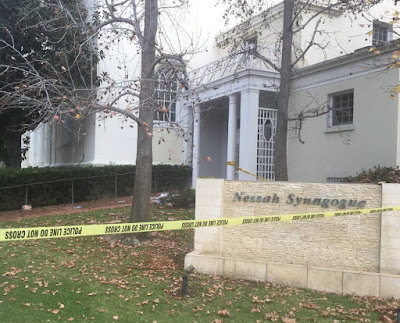 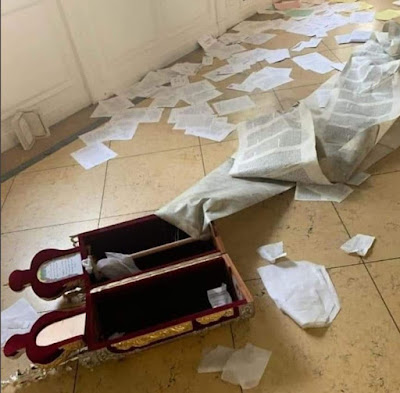 Update:
Statement from the Police follows: 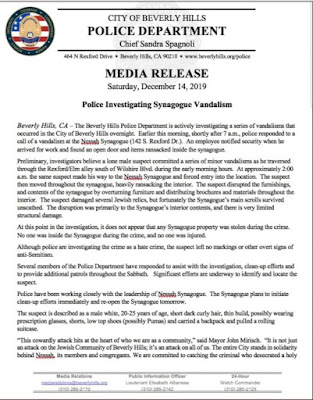 Anyone who has information about the vandalism of the Nessah synagogue or the identity of the suspect is encouraged to call the Beverly Hills Police Department at (310) 285-2125 or submit an anonymous tip by texting "BEVHILLSPD" followed by the tip information to 888777.
Posted by Dusty at 12:17 PM