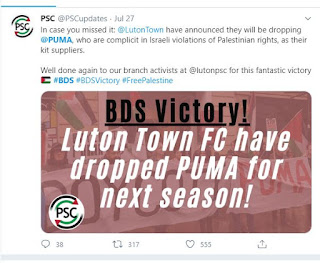 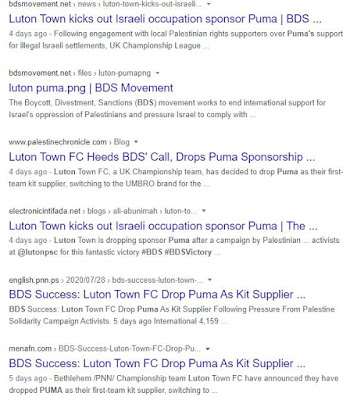 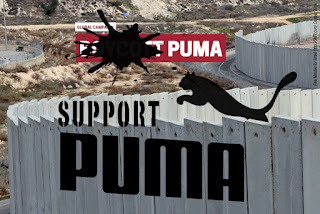 Last summer, California’s Department of Education unveiled a model curriculum for teaching Ethnic Studies. In addition to being loaded up with politically correct woke jargon (“critique empire and its relationship to white supremacy, racism, patriarchy, cisheteropatriarchy, capitalism, ableism, anthropocentrism and other forms of power and oppression at the intersections of our society.”), it had 500 pages in which Jews were mentioned 3 times. Arab Americans, however, had 25% of the curriculum, in which a significant portion was devoted to the Palestinian struggle, figures such as Linda Sarsour and Ilhan Omar, and included song lyrics about “Free Palestine”, and Israelis “using the press so they can manufacture”. The glossary defined BDS as a “a global social movement that currently aims to establish freedom for Palestinians living under apartheid conditions”. In terms of being representative of California’s demographics, there are more Jews of Persian descent in Los Angeles County alone than Palestinian Americans in all of California. In its list of kinds of hatreds against minority groups in California, there is no mention of antisemitism. Two antisemitic hate groups heralded in the ESMC as "African American spiritual and religious traditions" and so were recommended for study -- Nation of Islam and Black Israelites. The latter group’s teachings motivated the mass murders in Jersey City last December. Both groups are designed as hate groups by the Southern Poverty Law Center

As this document had been prepared by a committee of ‘critical ethnic studies’ proponents, several of whom had publicly endorsed BDS, none of this came as a surprise. According to its own organization, “Critical Ethnic Studies…aims to develop an approach to scholarship, institution building, and activism that is animated by the spirit of the decolonial,antiracist, and other global liberationist movements that enabled the creation of "Ethnic Studies" and that continues to inform its politicaland intellectual projects”  and “ to produce critical engagement about white supremacy, settlercolonialism, capitalism, heteropatriarchy, militarism, occupation,indigeneity, neocolonialism, migration, and anti-blackness.”

The outcry was immediate and fierce. On July 29, the Legislative Jewish Caucus submitted a letter signed by every member which stated—“We have been advised that this exclusion appeared to be intentional and reflected the political bias of the drafters of the ESMC. This purposeful exclusion is deeply insulting, fundamentally inconsistent with the purposes of ethnic studies, harmful to Jewish and non-Jewish students, and indicative of an anti Jewish bias in the ESMC that would be dangerous to institutionalize in our curriculum.”  Recordings of the meetings of the ESMC committee do show that they considered, and deliberately excluded, Jews as well as other minorities (Hindu-Americans, Armenian-Americans, Korean-Americans) in favor of those who were represented on the committee.

State Superintendent of Public Instruction Tony Thurmond held a pressconference on August 14 with members of the JLC and stated that the curriculum draft would be revised to reflect the experiences and contributions of Jewish Americans and all oppressed groups.

"To the concern that there is not enough balance in the model draft, we agree that there
can be more work done to achieve balance," Thurmond said. "We are being contacted
by many other groups that feel their story needs to be told."

Linda Darling-Hammond, president of the state Board of Education, issued a statement
“A model curriculum should be accurate, free of bias, appropriate for all learners in our diverse state, and align with Governor Newsom’s vision of a California for all. The current draft model curriculum falls short and needs to be substantially redesigned.”

Gov. Gavin Newsom, who signed AB2016 into law, called the draft “deeply offensive in so many ways” and vowed it would “never see the light of day.” Luis Alejo, the former Assemblyman who sponsored AB2016, called the draft curriculum“a setback” in need of revision. Assemblyman Jose Medina, who had introduced legislation to make ethnic studies courses based on this new curriculum a high school graduation requirement, was one of 16 state legislators who signed a letter stating that they were “strongly opposed” to the draft curriculum moving forward “without significant revisions.

In all, over 18,000 comments against the draft were received by the Board of Education, most of them the result of activism by Jewish groups.

Given all this, the Department of Education agreed to rework the project and take it up again in 2020. And almost immediately, the promises made to our community began to be backtracked. Tony Thurmond talked about keeping other minorities outside of the “Ethnic Studies” course. there are ways to include in some of the references opportunities that speak about other groups that have experienced mistreatment—to talk about the Holocaust, to talk about the experience of Jews in America and in the world, to talk about the Armenian Genocide, to talk about many groups. And so while it will while we are recommending to the IQC [Instructional Quality Commission] and the State Board that it be grounded in those four groups, there will be opportunities to have conversations about the experience and struggle of other groups..we owe it to those who founded the ethnic studies movement to kind of keep a sense of fidelity there. But please be sure that the California Department of Education will be leading conversations statewide about how we address hate, acts of violence, and how we promote the beauty of the diversity of what our students represent in this state. And so it's not limited to just what happens in ethnic studies. And we'll be making sure to have broad and inclusive conversations for anyone who's interested."

And the Critical Ethnic Studies proponents formed a group, the Save Our Ethnic Studiescoalition, that sought to get school boards across the state to endorse the original 500 page draft on the grounds that any deviation from that document would be equivalent to rejecting ethnic studies entirely. They also falsely claimed  that the only opposition came from “white supremacist culture,privileged advocacy groups and institutional racism.”

Now, the Department of Education has finally released their updated draft. You can find it here  (under agenda item 2/A/4), though it is split into multiple smaller documents.

This new document, to its credit, has removed from its text the entire deeply flawed and jargoned “glossary” of the original. And there is no mention of the Israel-Arab conflict. But once again, while there are plenty of references to white supremacy, antisemitism (which led to the murder of 1/3 of the world’s Jews in the last century for the crime of not being white) is nowhere to be found. Nor, in the multiple lesson plans from around the state provided as models, are Jews. Well, except in a mention, together with Irish Americans, in a lesson on how we have gained “racial privilege”.

And a dive into the sources and footnotes reveals that while the offending material is out of the text, it’s not out of the curriculum. One of the guidelines for the curriculum reads: “conceptualize, imagine, and build new possibilities for post-imperial life that promotes collective narratives of transformative resistance, critical hope, and radical healing.” The footnoted source is “Allyson Tintiangco-Cubales and Edward Curammeng, “Pedagogies of Resistance: Filipina/o Gestures of Rebellion Against the Inheritance of American Schooling,” in Tracy Buenavista and Arshad Ali, eds., Education At War: The Fight for Students of Color in America (New York, NY: Fordham University Press, 2018), 233–238.” Tintiangco-Cubales is a Critical Ethnic Studies proponent who co-chaired the group that produced the disastrous first draft. And that source includes this sentence: “The United States*is*war. Schools are battlefields where war is waged, and the fight is between the imperial and the colonized, white supremacy and antiracism, and dominance and resistance.”

But wait, there’s more! Another article that is cited in the section on “Connecting Ourselves to Historical and Contemporary Resistance Movements That Struggle for Social Justice on the Global and Local Levels”. It’s called “Meeting Asian/Arab American Studies:Thinking Race, Empire, and Zionism in the U.S.” and it calls Israel a “settler-colonial state”, and calls for “Grappling with ways to connect anti-Zionism in the context of Middle East politics to anti-racist and anti-imperialist movements in the U.S.”.

So—is relegating sources that promote antisemitism into the footnotes going to be an adequate fig leaf to get the Jewish community to ignore them? Is erasing Jews and other minorities (Hindus, Armenians, Koreans) from lessons on Ethnic Studies acceptable in California? I guess that’s what we are going to find out.