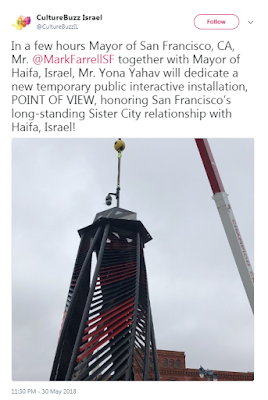 Check out this striking piece of interactive public art down by the San Francisco Cruise ship terminal.  There is an identical piece in Haifa.

San Francisco and Haifa,  two "Cities by the Bay" have been sister cities since 1973.  Today's installation of "Point of View" is just one in a series of cultural and sporting events that have tied the 2 communities together. 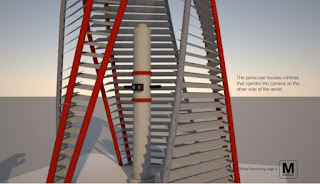 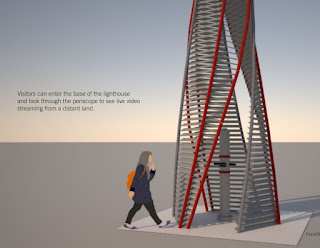 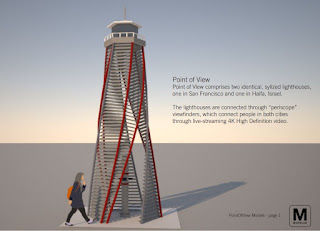 Matthew Passmore from Oakland's MoreLab  and Israeli artist Saron Paz collaborated on the design and execution of the project.

The installations feature panoramic cameras, atop identical towers, allowing visitors in each country a glimpse into the other.