Jewish Voice for Peace members were among those arrested at the San Francisco Jewish Community Center for attempting to silence former Israeli Prime Minister Ehud Barak. 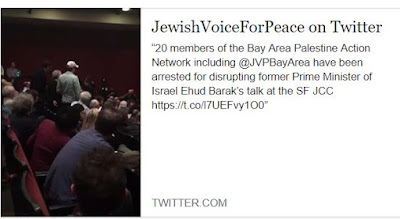 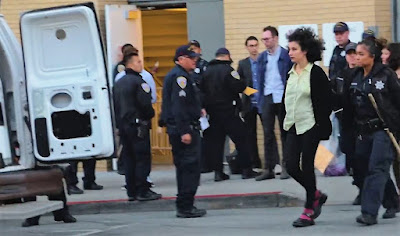 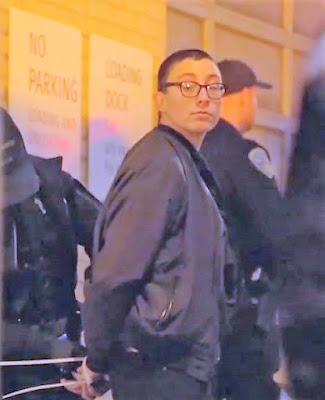 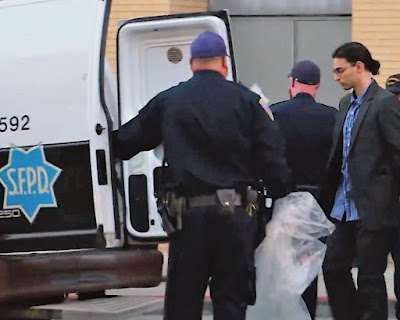 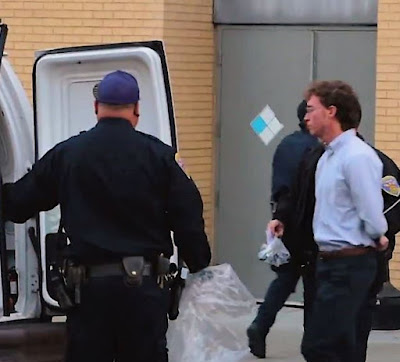 From the J Weekly:
Speaking May 16 to a near sellout crowd at the JCC of San Francisco, Barak said the policies of Prime Minister Benjamin Netanyahu and his allies are “embarrassing,” and that they have “locked the door on the two-state solution, which is the only viable and sustainable one.”

In town as part of a book tour in support of his newly published memoir “My Country, My Life,” Barak was scheduled to speak the next day at the Commonwealth Club. At the JCC, he said many things that would please progressive observers of Middle East politics, such as harshly criticizing Netanyahu’s support of Jewish settlements deep in the West Bank.

Not progressive enough for more than a dozen anti-Zionist protesters in attendance, part of a larger group protesting outside. They noisily interrupted Barak three separate times, chanting slogans, such as “Palestine will be free,” and calling Barak — a former Chief of Staff of the Israel Defense Forces — a war criminal.

Kate Raphael was also arrested. No photos of her?

Heigh ho, heigh ho
It's off to jail they go