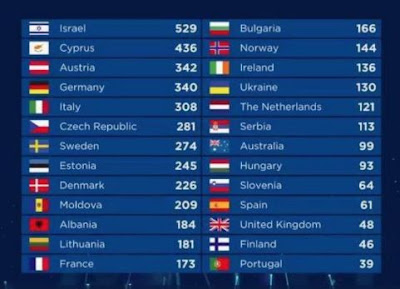 Her quirky song, "Toy", an ode to the #MeToo movement had caught the attention of the world audience early in the competition, and was watched and downloaded  over 26 million times.


Israel haters and other BDS holes are sitting quietly in their mother's basements, rocking gently and  muttering softly to themselves. 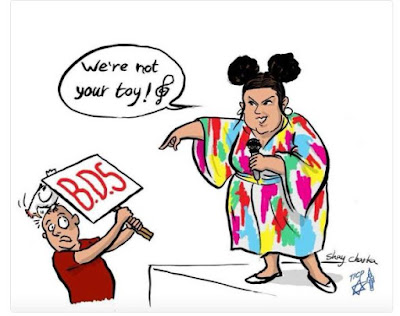 They are dancing in the streets in Israel.