It what has been dubbed an "artistic Intifada", a new Palestine Museum has opened up in Woodbridge, Connecticut.

In an interview with the Hartford Courant, museum founder Faisal Saleh denied that the museum had a political agenda.

“Most activities of Palestinians in the U.S. are political in nature. They give talks on campuses about issues. The average American still doesn’t know much about Palestine...I thought the best way to communicate with Americans is with the language of art and literature.”

Yet the museum is highly politicized,  featuring a portrait of  an ISM volunteer, Rachel Corrie who was killed protecting smuggling tunnels in Gaza. 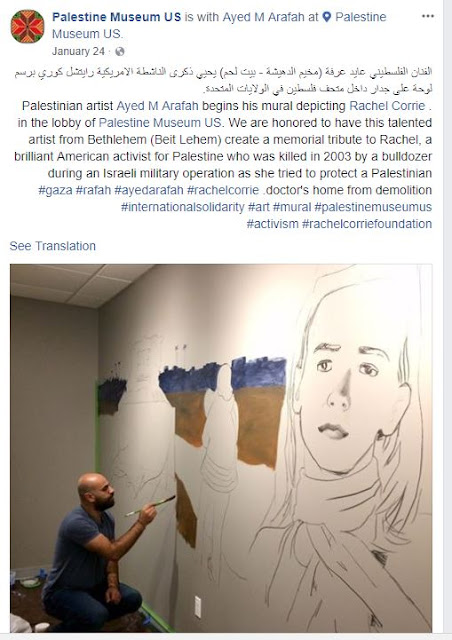 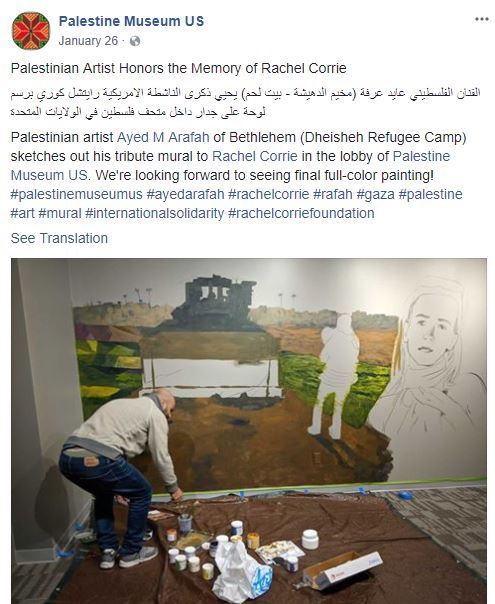 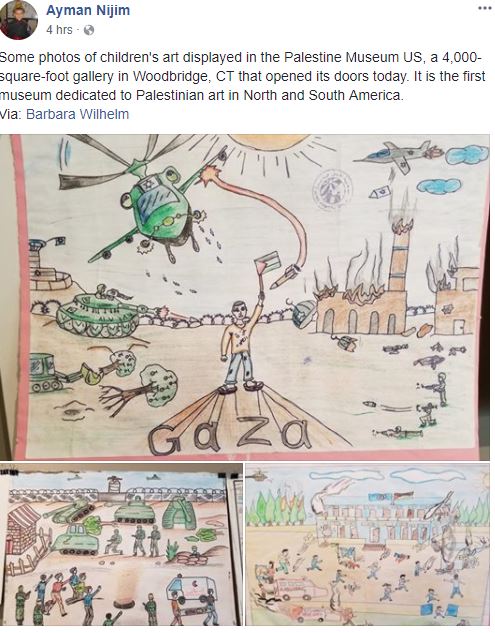 The primary image, either coached or directly copied from a notorious anti-Israel poster is hardly a spontaneous outpouring of a child's creative impulse.  Don't expect the museum to mention that. 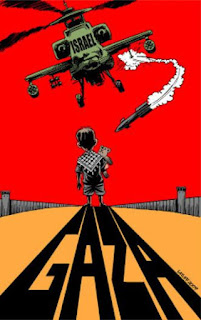 For those of you who like art with an agenda, the Palestine Museum might even put Banksy's work to shame.
Posted by Dusty at 6:11 AM

What a wonderful place! And I think it’s great that it’s primarily financial sponsor is Caterpillar.