It continued into the night with a standing room only celebration at San Francisco's venerable Congregation Emanu-El. 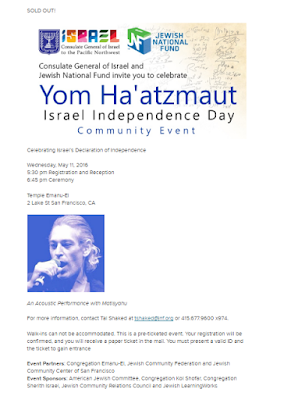 The event, attended by 1,600 of our closest friends featured spoken word (68 years in 68 words), a reading of the megillat Yom Ha'Atzmaut and an acoustic set by Mattisayhu. 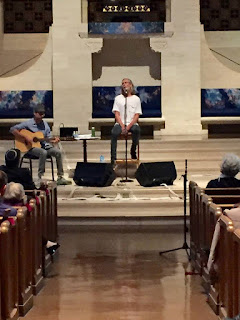 Blue and White was the order of the day, from the Reform Congregation Emanu'el in San Francisco 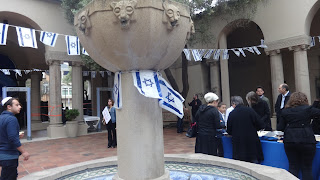 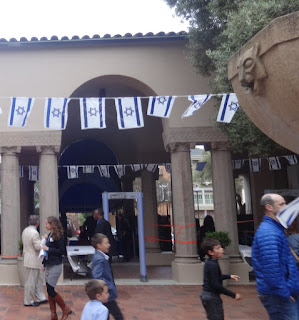 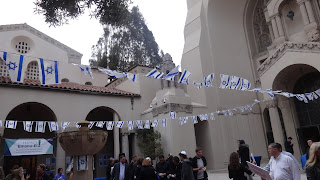 To the Orthodox Congregation Beth Israel in Berkeley 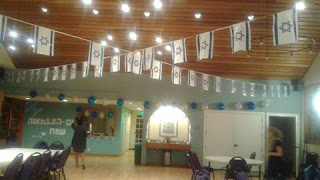 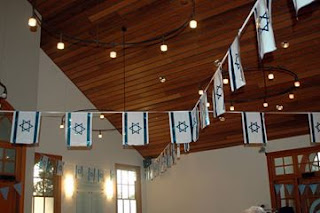 Tonight, the festivities continue in Palo Alto with an Israel street party.

Israel at 68.  May she go from strength to strength

Email ThisBlogThis!Share to TwitterShare to FacebookShare to Pinterest
Labels: israel at 68, The bay area stands with ISrael, YOM HA'ATZMAUT

Not a single protester. The paid protesters from "Jewish" Voice for Peace were pre-occupied- they are all in Portland trying to convince Methodists to divest from Israel

too bad there wasn't a street view photo of the flag at city hall.

did you see the response letter from leslie wong in the j?

the man has to go