From the J Weekly

The April 10-14 tour takes the mayor and his entourage across Israel and into the West Bank city of Ramallah, the Palestinian Authority’s administrative center.

Lee’s visit was organized by the Haifa-San Francisco Sister City Committee, the Jewish Community Relations Council, the S.F.-based Jewish Community Federation and the Consulate General of Israel in S.F.

One of the first items on Lee’s itinerary was to meet with Haifa Mayor Yona Yahav and sign a memorandum of understanding between longtime sister cities Haifa and San Francisco. The agreement aims to strengthen contacts and exchanges in trade, investment, science, technology and the arts. 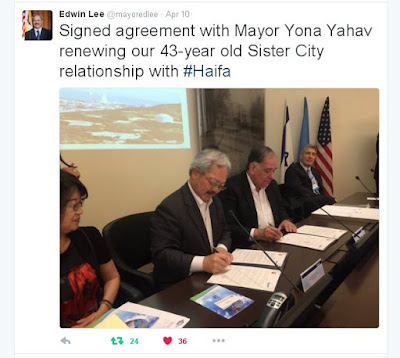 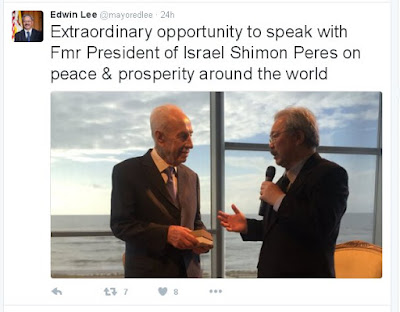 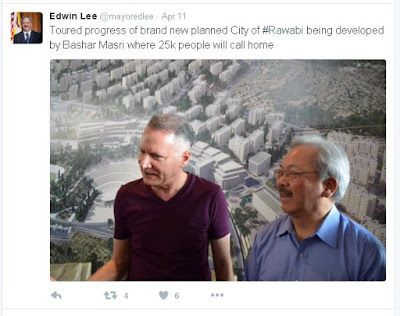 I'll be really impressed if Lee posts a selfie on farcebook while in Jerusalem with a tag line like "Jerusalem Israel".