Beyond Falafel. Israeli food in America

Did ya catch the Google doodle a few weeks back?
Falafel, the mainstay of Israeli street food, is hitting the mainstream. 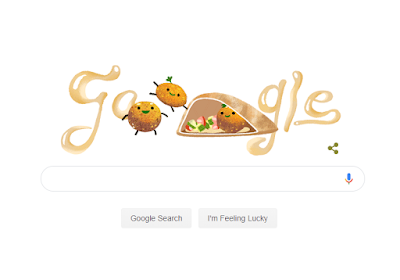 Beyond falafel, Israeli cuisine- that glorious synthesis of cultures that reflects the diversity of Israeli society is now lauded and glorified.  Philadelphia's Zahav, (Hebrew for gold) was just voted the best  restaurant in America in 2019 by the James Beard Foundation.   Think "the Oscars"  for the culinary arts.   Last year, Zahav’s chef and co-owner, Michael Solomonov, was named outstanding chef in America. Yotam Ottolenghi and Sami Tamimi's cookbook Jerusalem was a culinary phenomenon.  Check out the "tasting Jerusalem"  #tastingjrslm hashtag on Twitter- still going strong years after the the book was initially published.

In the Bay Ara, Oren's Hummus has just opened its 4th restaurant, with more in the pipeline.
Oren's proudly broadcasts its Israeli roots, in the store, and on the web, and on the menu.

Yeah, this counts as a BDS fail.

i've been to the Palo Alto and San Francisco locations but i really wish they would also open up a Oren's Hummus in the East Bay. but as far as the East Bay goes when it comes to Israeli food i would highly recommend Kabab Burger in Lafayette http://kabab-burger.com/