Earlier this month, an alarming video from a Gaza kindergarten graduation surfaced on Palestinian social media. The video,  taken at the Al-Hoda school in Gaza on May 13  shows the kindergartners dressed in army uniforms, carrying automatic weapons, storming a building with an Israeli flag and  "killing"  an  "Israeli soldier" and taking an "Orthodox Jew" hostage. 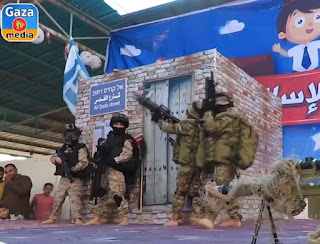 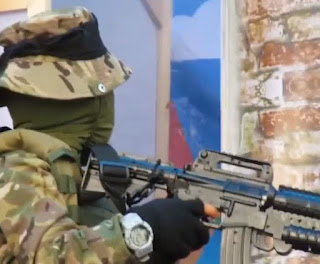 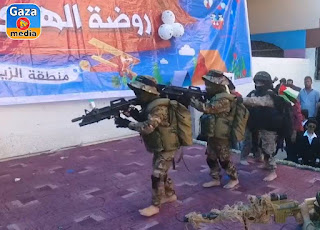 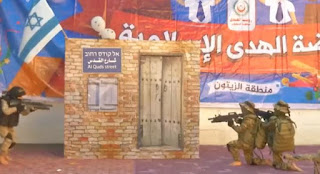 The mainstream media did not find this abhorrent display of child abuse noteworthy, instead only choosing to report on events that portray Israel in the worst of all possible light.

Sadly, the urban myth buster website, Snopes, appears to have jumped on the  anti-Israel bandwagon.  Asked if the clip was authentic,   they grudgingly admitted that it was, then took great pains to spin it, claiming it only appeared on "right wing" outlets, and quoting  Khaled Elgindy  who said, in effect  occupation...conflict...Israel does it too...., and accused MEMRI  of only broadcasting extreme and inflammatory material.  Snopes ends their report with the same cliches about the conflict that dominate the mass media.

We thought better of you, Snopes.