Is Ibrahim Abu Thuraya being set up to be the new Muhammad al-Dura? 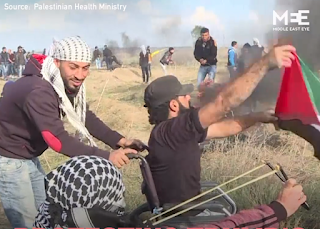 The 29 year old wheelchair bound Gazan was allegedly killed on December 15, in a clash with Israeli soldiers.

Some claim the protest was "peaceful". 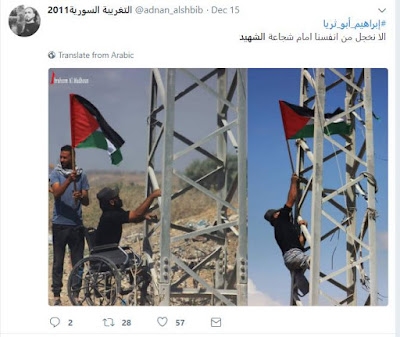 Witnesses who accompanied Ibrahim at the time of his death claim he was shot directly in the head  by an Israeli sniper. Health Ministry spokesman in Gaza, Ashraf al-Kidr pronounced him dead at Gaza City’s Shifa Hospital as a result of his wounds.

Ibrahim Abu Thuraya's death has the making of a Pallywood production

Is this how you carry someone with a head wound? 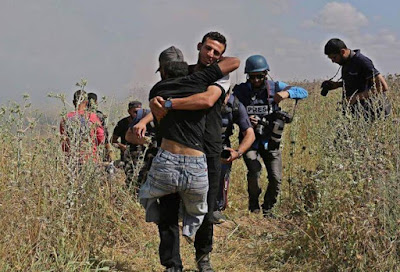 Where's the blood?  Wouldn't you expect blood from a fatal bullet wound to the head? 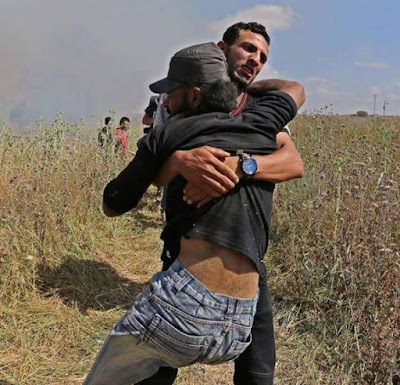 Jerusalem-based journalist Nasser Atta said he has spoken with many Palestinians, and they think the death of  Ibrahim Abu Thuraya “will be the beginning of the start of a third intifada – they compare him to Muhammad al-Dura killed during the Second Intifada.” 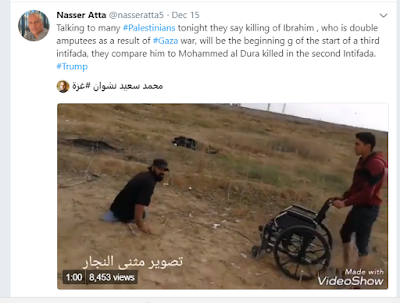 Ismail Haniyeh certainly hopes this will be the start of something big. 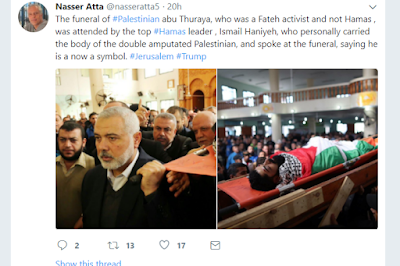 Does this man look like he died from a direct gunshot to his head? 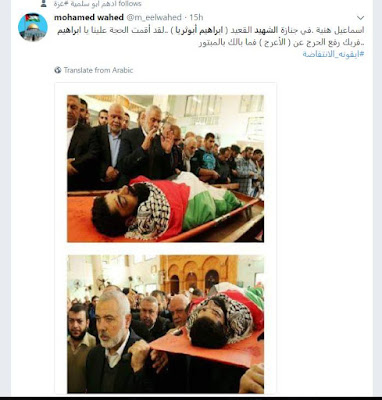 The IDF is currently investigating the death of Ibrahim Abu Thuraya.  It will  be very interesting to hear what they have to say.

UPDATE:
Honest Reporting also notices some discrepancies in the story of Abu Thuraya, particularly in how he became wheel-chair bound.