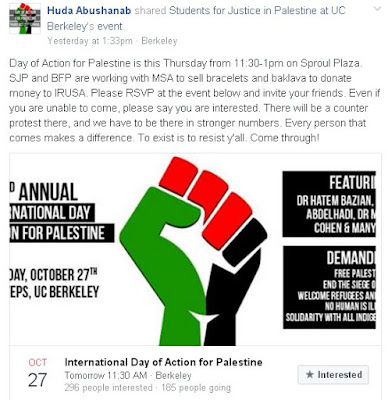 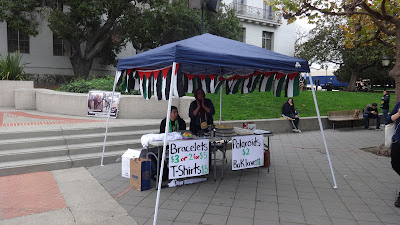 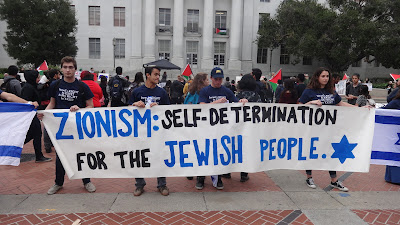 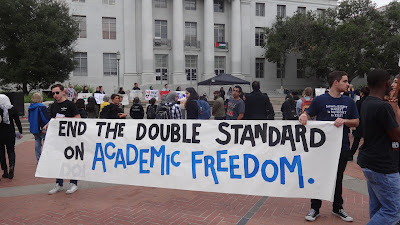 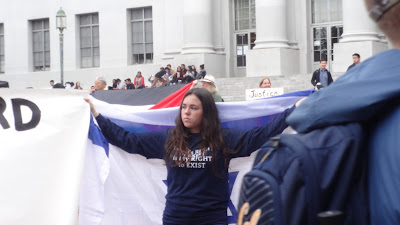 Email ThisBlogThis!Share to TwitterShare to FacebookShare to Pinterest
Labels: Bears for ISrael, Day of Action for Palestine at UC Berkeley, SJP, Students for Justice in Palestine, Tikvah

Well, like everyone keeps saying California does need the rain. maybe the sparse turn out had more to do with the pro-terror "students" trying to appeal to students who are at Berkeley for an actual education that will land them good jobs some day as opposed to becoming professional protesters for most of thier adult lives?

Also, it looks like business was booming at that terror souvenir stand. I wonder if they sent the $15 or so dollars they raised that day directly to hamas or if they had to launder it first?

Did the play the Palestinian National Anthem? (I wrote it, you know.)