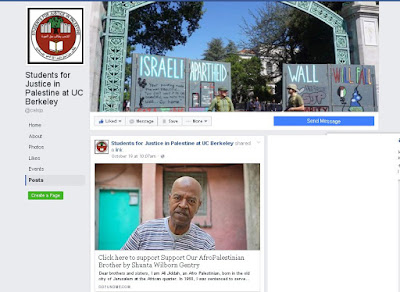 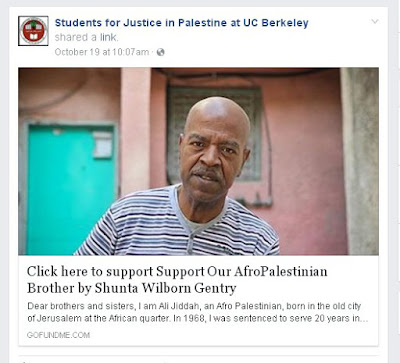 SJP has a long ignoble history of lionizing convicted terrorists and overlooking their crimes against the Jewish people. Their actions have contributed to a hostile climate on campus for Jews, Israelis and for all legitimate peace activists.
Posted by Dusty at 3:36 PM

an "afropalestinian" born in the "African quarter" of Jerusalem? SJP could give donald trump a run for his money (and he has a lot of money) when it comes to making up shit on the fly ramblings.