Jewish Voice for Peace "thick as thieves" with Miko Peled

Jewish  Voice for Peace has been "thick as thieves" with  Miko Peled for years. He tabled with the extremist group, representing them at a conference on Reform Judaism 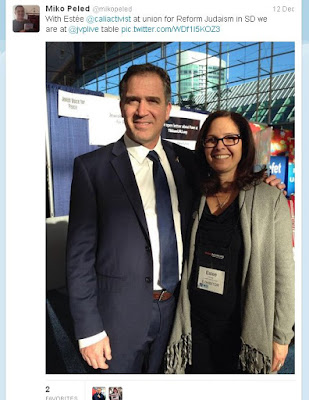 In January he gave a talk at UCLA  sponsored by JVP and SJP, along with fellow "AsaJew" Max Blumenthal. 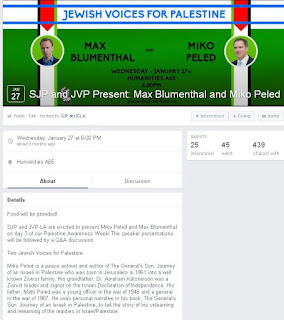 JVP even featured Peled's book, "The Generals Son" in its book club

With such intimate contact with Miko Peled, you'd think that JVP might have noticed before now that he harbors anti-Semitic beliefs. 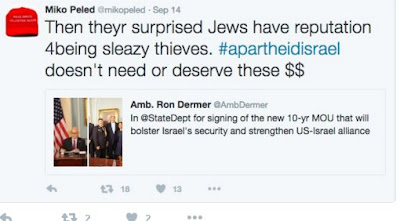 JVP has taken considerable flack for tolerating open anti-Semitism in the past. In a surprising effort to shake JVP's reputation as an aider and abetter of anti-Semitism, Executive Director Rebecca Vilkomerson took a stand via Twitter 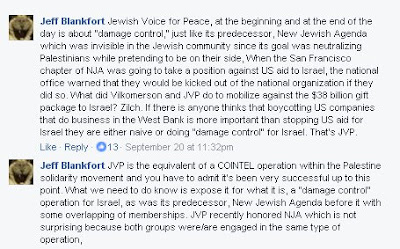 This point is lost on both the defenders and detractors of Miko Peled. 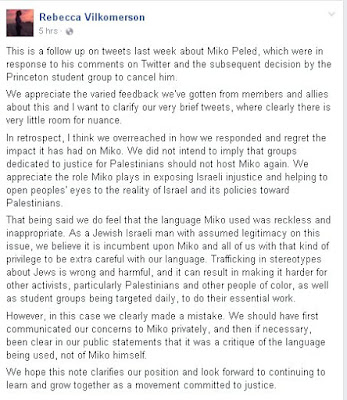 Peled is a hot tempered jerk. He goes bonkers if you start videotaping him.

A dangerous thing when fringe Jews get to decide what constitutes anti-Semitism because this falsely teaches that everything outside of that - such as JVP's own duplicitous anti-Zionism - is A-OK.

Peled has been slandering Israel for years, and slandering Jews - or blindly believing the slanders - is itself anti-Semitism; an age-old form. Rather than posturing indignation over a tweet, let's hear JVP explain Peled's slanders (documented here): http://www.youtube.com/watch?v=nrC4lHD7Y6g