The "As-a Jews" of  Jewish Voice for Peace are sponsoring an anti-Israel talk on Rosh Hoshanah, the Jewish New Year.  Its not surprising- in the past, they've organized protests and film screenings on Yom Kippor as well.  Scheduling events on Jewish holy days is a low energy way to muzzle dissent and silence voices that might gather in opposition.  It shows JVP lack of commitment and lack of respect for Jewish traditional observance. 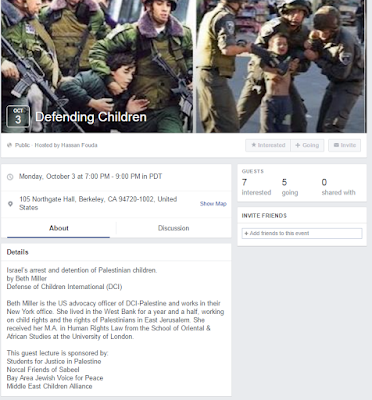 Email ThisBlogThis!Share to TwitterShare to FacebookShare to Pinterest
Labels: Jewish Voice for Peace