Although Sabra is made in America, its been an object of hate for the BDS holes for years, because of its Israeli roots 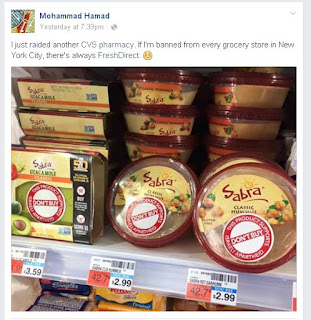 Palestinian record producer and personality DJ Khaled  was in the Bay Area at a variety of Super Bowl events,  sponsored by Sabra, the "official dip of Super Bowl 50".  Khaled has over 2.7 million followers on Twitter, all of whom were able to watch his repeated shout out to Sabra on social media and in local meet-ups. 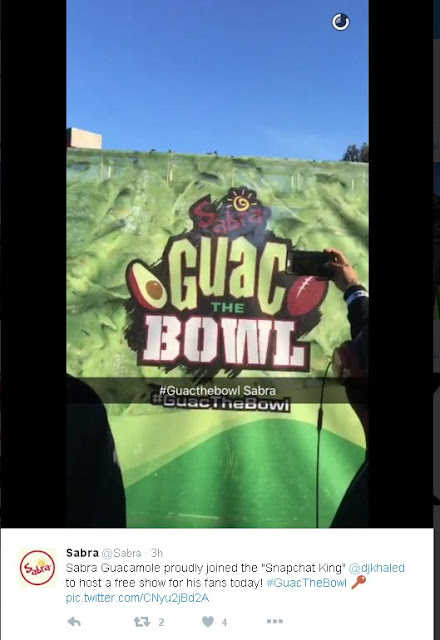 Did DJ Khaled knowingly and deliberately violate the Palestinian civil society call to boycott anything that kinda sorta reminds them of Israel?   The regressive left certainly thought so.

Social justice warriors responded furiously to this slight on social media, vacillating on whether they should consider DJ Khaled  a sellout or an exploited victim. 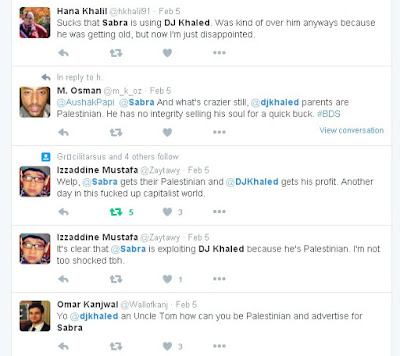 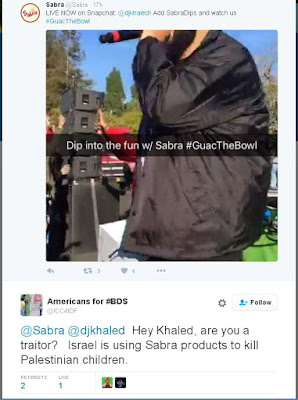 Ignoring the controversy of his initial appearance at San Francisco's Super Bowl City,   he gave another Sabra-sponsored free concert in Palo Alto. DJ Khaled ,  the "King of snapchat" shared the secret location with his social media fans who joined him at the free concert.  Thousands showed up. 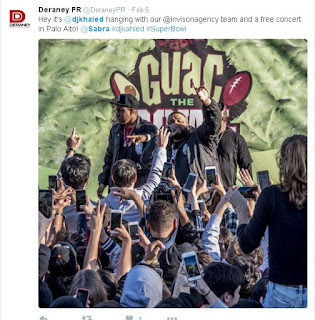 Palestinian entertainer DJ Khaled endorses Sabra products.  Tastes like BDS fail to me.
Posted by Dusty at 9:06 AM

In case you didn't know- Izzaddine Mustafa was formerly known as Danya Mustafa, and is a New Mexico based , JVP trained anti-Israel activist who is currently crowdfunding her female to male transition.

So, Danya/ Izzaddine- if you lived in Israel, the government would pay for your surgery.

Why don't you shove that in your washer and pink-wash it?

I was worried about you guys.

i heard that Larry David likes to have some Sabra hummus with his palestinian chicken.