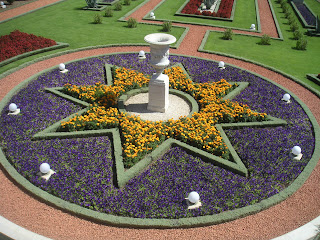 Haifa and San Francisco are sister cities- the reasons seem obvious. Both are cities on a hill, both have a diverse population, both are centers of high-tech, and both sit on an earthquake fault. Just as San Francisco functions as a "sanctuary" city, Haifa too provided a sanctuary for people of the Bahai faith, and today is the home of the Bahai World center. Last week, Haifa mayor Yona Yahav came to San Francisco, to celebrate and promote Haifa's 35 year old relationship with the "City by the bay".

While here, Yahav attended a screening at the Kabuki Sundance Theater of the Israeli film “The Matchmaker,” which was filmed in Haifa. He also spoke at the World Affairs Council discussing Haifa as a model of coexistence in the Middle East. Haifa, with a population of almost 600,000 is third-largest city in Israel. Haifa’s residents consist of Jews, Arabs, Christians, Bahai, and other communities living side-by-side. His theory as to why his city seems to be an island of Arab-Jewish cooperation. “In our city,” he said, “nothing is holy.”

Stronger relations are being promoted between San Francisco and Haifa, sister cities with much in common. How's that BDS movement going, btw?
Posted by Dusty at 5:46 AM