Fidaa Wishah,  a Pediatric radiologist at the Phoenix Children's Hospital appears to have grown up on a steady diet of Jew-hate.
Her father Jaber Wishah served as  head of the military wing of the Popular Front for the Liberation of Palestine in Gaza,  responsible for the PFLP’s military apparatus. Her father Jaber Wishah  had been sentenced to life in prison and spent 15 years in Israeli prison, convicted on charges of “holding a leading position in a terrorist organization of which he was a member, intentionally attempting to kill an Israeli Staff Sergeant in Gaza, configuring a bomb and planting a bomb, possession of fire arms and conspiring to commit murder.”
Wishah was imprisoned with child-killer Samir Kuntar. When Kuntar was released from prison, Wishah declared “Today is a true day of joy for all Palestinians and all freedom lovers across the world.” 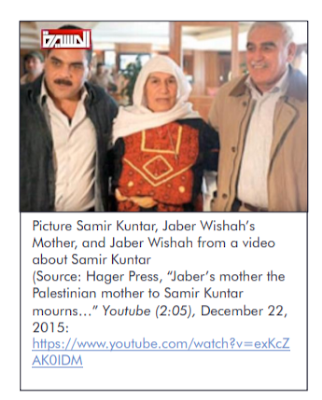 It would take a particularly strong person to rise above an upbringing that glorifies hate and violence  but sadly, Dr. Fidaa Wishah was not able to.  As an adult employed as a pediatric radiologist at Phoenix Children's Hospital, Fidaa took blood libel to a new low,  accusing Israel of cannibalism.


Fortunately, her employer, Phoenix Children's Hospital, recognized this was the hateful raving of an unhinged person who ought not be working with children and she has been suspended from her position.

“All children in the care of Phoenix Children’s receive hope, healing and the best possible health care, regardless of race, color, disability, religion, gender, gender identity, sexual orientation or national origin. After a thorough review of the facts related to this matter, this individual is no longer providing care at Phoenix Children’s,” the hospital said in a statement on Wednesday afternoon.

good riddance! that hospital needs to do a better job with their background checks.