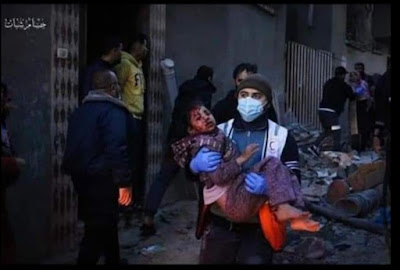 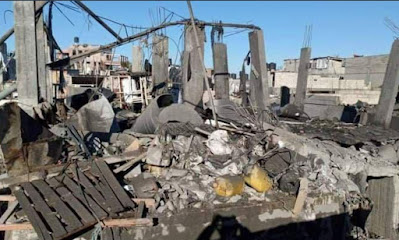 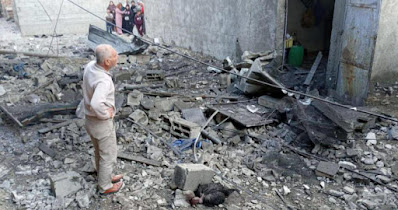 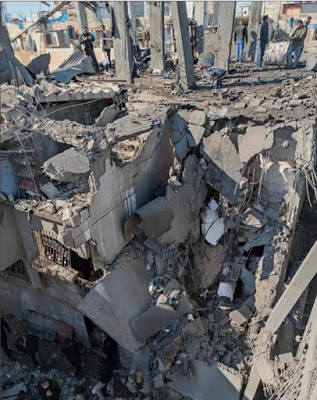 This was not the first time weapons earmarked for Israeli civilians have killed their creators.
In 2005, a  Palestinian pickup truck carrying rockets exploded during a Hamas military parade through the densely populated Gaza Strip. According to Palestinian officials at least 19 Palestinians were killed, and  over 80 were injured. The casualties included 5 children. The initial explosion triggered secondary blasts in nearby vehicles that were also carrying rockets and ammunition.
Hamas and other extremist factions within Gaza have seldom showed any hesitation using their civilians as shields for their weapons, while targetting Israeli civilians.  Its a double war crime that rarely makes the papers.
In a rare moment of candor, even Amnesty International has admitted that Palestinian rocket fire during the 2014  war in Gaza had killed more civilians in the Gaza Strip than in Israel.  Rockets aimed at Israel  had fallen short of their target, and killed at least 13 civilians, 11 of them children, in Gaza.
After the end of the 2014 war, it was calculated that terror factions in  Gaza fired 4,591 projectiles at Israel.  3,659 struck Israeli territory, 735 were intercepted by Iron Dome and another 197 fell within Gaza, terrorizing its inhabitants, who  like the Israelis, are also victims of Hamas terror.
Posted by Dusty at 7:44 PM