For the past 8 weeks, repulsive antisemitic flyers have been appearing throughout the California town of Modesto.  The flyers church have appeared at local synagogue, at the Central Valley Pride Center, at a local church and at a political town hall.

Christian, Muslim and Jewish leaders are meeting to formulate a response. 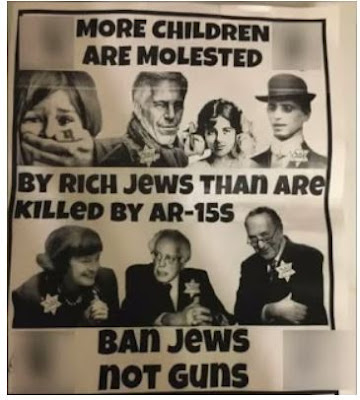 “This was a disgusting and cowardly act,” Harder said. “The people who are sneaking this hateful garbage into public places and houses of worship will not divide us. The Central Valley is the proud home to people of all ethnicities and faith traditions and we will stand together against discrimination in whatever form it takes.”

"America soundly defeated similar hate during World War 2, and we must always stand tall against this type of bigotry," Howze said.