Opposition continues to grow regarding Airbnb's decision to delist Jewish homes in Judea and Samaria from their home-sharing app.

On Wednesday, the Berkeley Hills City Council passed a resolution condemning what they described as a "reckless" and  "despicable action".

“We find the actions of Airbnb deplorable,” said Mayor Julian Gold. “On behalf of our residents, this unanimous resolution reflects the City Council’s ongoing commitment to Israel and to exposing hatred anywhere it exists.”
“Airbnb is not welcome in Beverly Hills as long as its policies are based on anti-Jewish double standards,” added Vice Mayor John Mirisch. “Jew hatred is a disease. We can try to inoculate others against this malady but we also must protect ourselves against its effects.” 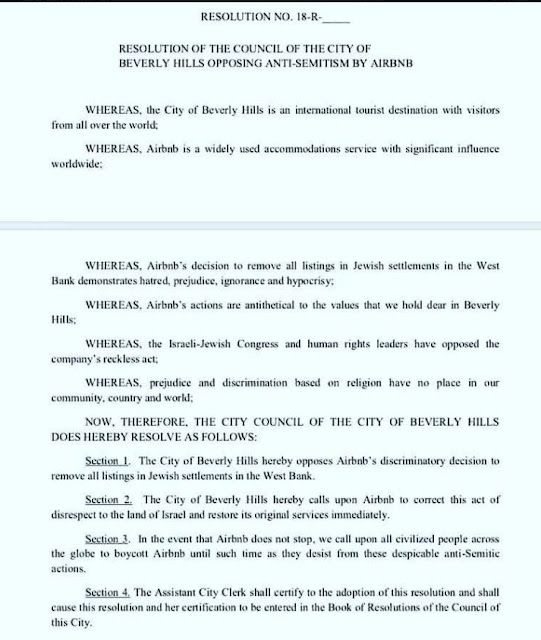 Class action lawsuits  directed against Airbnb are also planned by both Israeli and American hosts and guests.