A Palestinian terrorist rammed his truck into a group of soldiers near the Armon Hanatziv promenade in Jerusalem today. Three female soldiers and one male soldier, all in their early 20s were killed, and 18 others were wounded. The names of those killed are Yael Yekutiel, 20, Shir Hajaj, 22, Shira Tzur, 20, and Erez Orbach, 20.

The murderer in todays Jerusalem attack has been identified as Fadi al-Qunbar, the 28 year old father of 3. 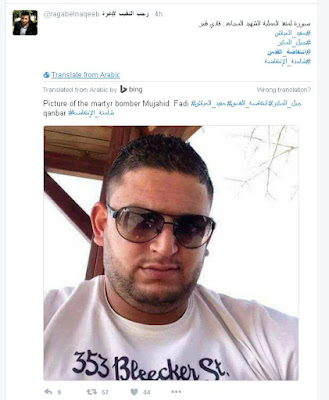 In an interview with the Quds News Network Qunbar’s sister declared “God chose him for this martyrdom. Thank God. We are patient and we thank God for this… it is the most beautiful martyrdom.”

Palestinians celebrated the attack by passing out sweets. 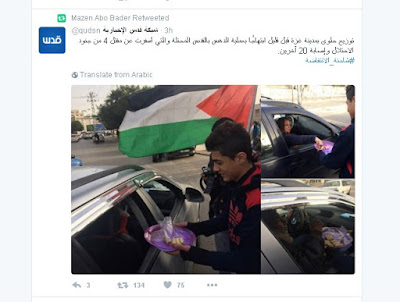 Although security camera footage of the attack shows the truck driver plowing his vehicle into a group of IDF soldiers, hitting them and then backing up and running over them again,  Ali Abunimah of the Electronic Intifada tweeted

All over Arab social media, posts were made mocking the dead, and celebrating the murders. 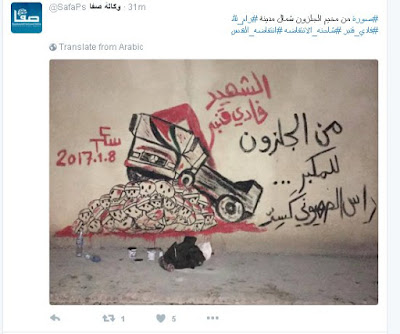 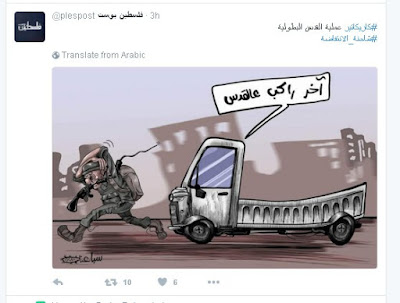 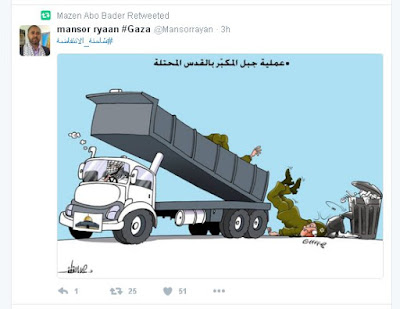 There was worldwide condemnation of similar attacks in Nice, France and in Germany.  There are no Je Suis Jerusalem hashtags now. The world is silent when Jews are killed.
Posted by Dusty at 10:27 AM

Animals. That's all you can say. They are animals.

Wouldn't surprise me if that animal won a Golden Globe award tonight.

Well Mr. Kerry there's your answer when it comes to the so called two state solution.