This campaign of dehumanization has begun on the Yom Hashoah, when we commemorate the 6 million lives lost, because they too, were considered less than human 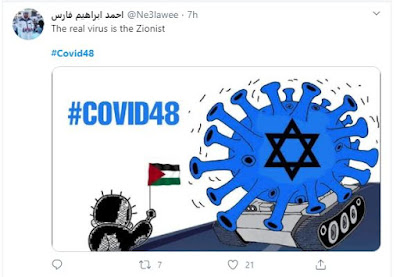 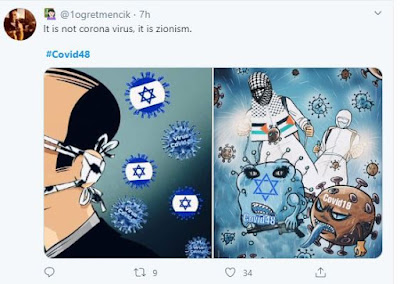 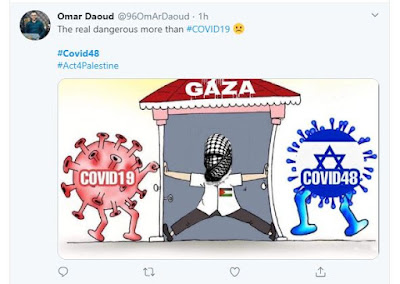 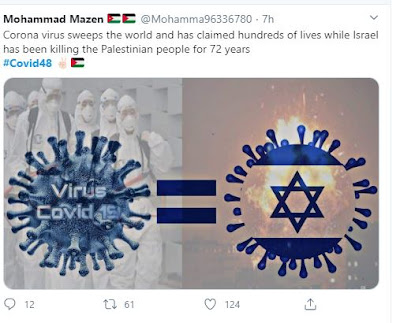 These and other repulsive images have been shared thousands of time using the hashtag #covid48, a reminder, if you needed one, that this  conflict has never been about the territories captured in the 1967 war- but rather the existence of the state of Israel within any borders.

It says more about the Palestinians than they could ever say about the Israelis. How any Westerners could support this is beyond me.

imagine if you flipped the script and it had been Israelies comparing palestinians to covid-19. all Hell would break loose on the left although that wouldn't keep those leftist anti-semites or palis from clamoring for a vaccine were Israel to be the first country to develope one. The Palestinians are not ready to responsibility run a state and at times I don’t think even deserve one any more.