Unclear on the concept: David Mandel of JVP Sacramento

Jewish Twitterati is abuzz with Sacramento Jewish Voice for Peace's lack of knowledge of the most basic of Jewish ritual observances- the lighting of the Hanukkah candles.

"Asajew" David Mandel  posted a photo of his Chanukiah on the first night of the celebration.  Four candles are lit.   The shamash is empty. 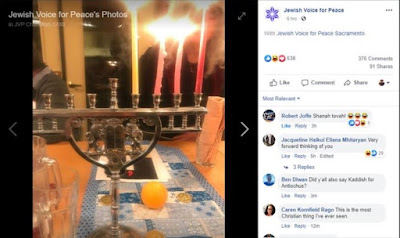 The comments are priceless.
From A Yid In Dixieland
"JVP celebrates the 4th night of Hanukkah on the first night. And no shamash. Rumor has it they used a burning tire to light them." 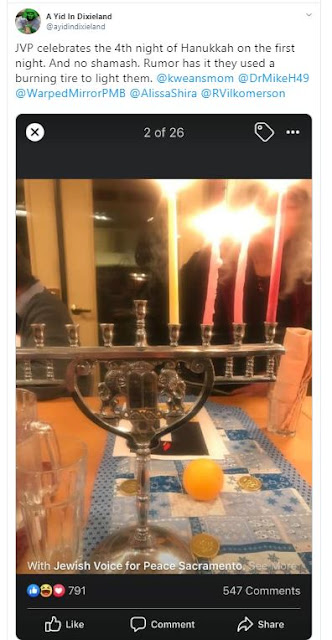 A helpful suggestion from Talia Katz
"JVP posted this photo on their Facebook page...If you're going to pretend to be devout Jews, at least Google "Hanukkah" before posting a picture like this." 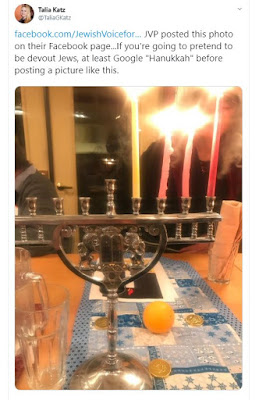 From  The Proctologist of The Elders of Zion: 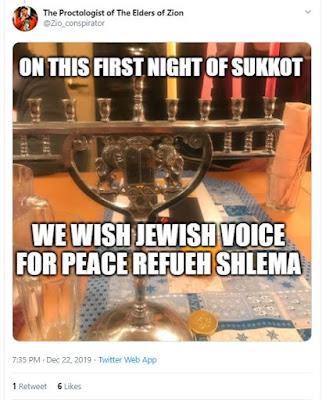 Ignorant of  Jewish history.  Ignorant of Jewish Rituals.  "Proud to be ashamed to be Jewish"  JVP is the comic relief of Jew-ish social media.

And if that weren't enough, this travesty of a "Hannukah" celebration was a fundraiser for the terror-supporting SFSU professor Rabab Abdulhadi, whose fiscal sponsor is the extremist antisemtic Al Awda group.