Why is Jewish Voice for peace hosting an unrepentant Jew-killer at their annual conference?

Edward Joffe and Leon Kanner were friends and classmates at Hebrew University. On February 21, 1969 they were murdered by a terrorist bomb placed in a Jerusalem grocery store.

Rasmea Odeh was convicted of placing the bomb.


The death of Edward Joffe and Leon Kanner, and why their murderer walks free today has been covered extensively by the blog Legal Insurrection

The Sickening Deification of Rasmea Odeh

Rasmea Odeh’s victims – then and now

In spite of the overwhelming evidence of her involvement in the Jerusalem terror attack, Rasmea Odeh is free today and living in America. She has resurfaced because of allegations of immigration fraud- her role in the murders and her involvement with the PFLP terror group were fraudulently left out of her immigration request.

The question remains: Why is Jewish Voice for peace hosting this unrepentant Jew-killer at their annual conference? 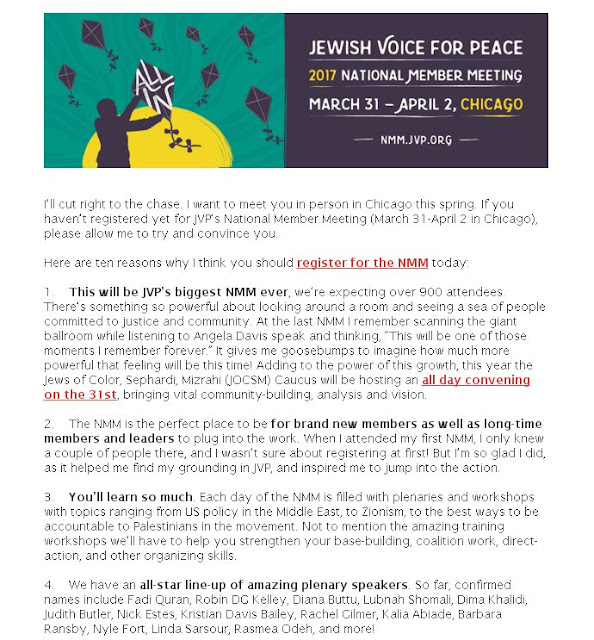 Odeh’s scheduled appearance at the JVP conference highlights concerns frequently raised about the organization and its controversial anti-Israel activity. JVP is a vocal proponent of the Boycott, Divestment and Sanctions (BDS) movement and, according to a campus watchdog study, has “expanded its presence on American campuses…helping [non-Jewish anti-Israel organizations] legitimize anti-Zionist rhetoric and effectively defend against accusations of antisemitism.”

The JVP event is scheduled to take place in Chicago from March 31 to April 2. Attendees will take part in various panels and workshops, including “Freedom Fighting Under State Repression,” “Fighting Against Anti-BDS Legislation” and “Zionism, Antisemitism and White Supremacy: Ideological and Political Currents.”

In the now-immortal words of Maxine Waters,

"This is a bunch of scumbags."