In Which Ryan Bellerose observes the local fauna


Ryan Bellerose is visiting Northern California.  A well-known member of Canada’s first nations, Ryan is active in promoting and strengthening indigenous solidarity , and defines Zionism as  the Jewish’s peoples'  indigenous solidarity movement   As part of an ongoing anthropological study of  anti-Israel asshats in their native environment, Ryan attended a protest in front of San Francisco’s venerable Westin St. Francis hotel.  The protest was promoted by assorted  local extremist groups including  International ANSWER, the Arab Resource Organizing Center and Jewish Voice for Peace. Inside the hotel, hundreds had gathered at an AIPAC dinner in support of friendship between the US and Israel.  That’s simply not allowed in San Francisco.

However, the protest was only peripherally about the AIPAC dinner, with the promotional posters proclaiming instead “Protest Israel” 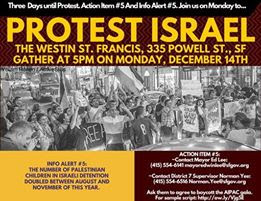 Ryan’s observations about the event have been published at Israellycool

Monday nights protest featured the usual hateful elements we’ve come to expect from the local “progressive” community.   Activists expressed their support for the intifada- the violent uprising that has left hundreds dead and wounded.  Israel was blamed for everything from Ferguson  to the death of transsexuals in the Philippines.   Richard Becker’s ANSWER hit may have hit rock-bottom by commandeering a wheelchair to transport their sound system- tacky, even by ANSWER’s low standards. 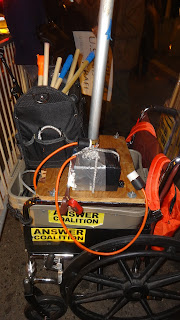 No, Dick. Using a wheelchair for your sound system does not entitle you to a disabled placard.

Vitriolic racist attacks were directed towards Ryan, both during and after the event 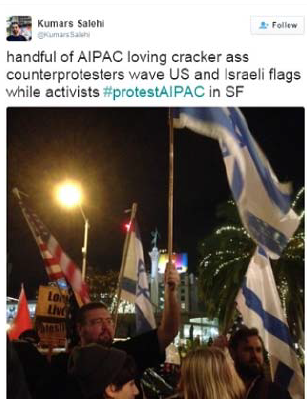 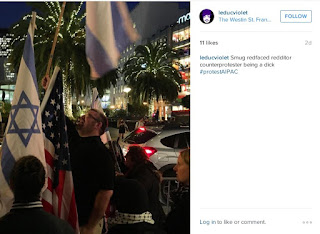 Ryan handled  it all with characteristic good humor 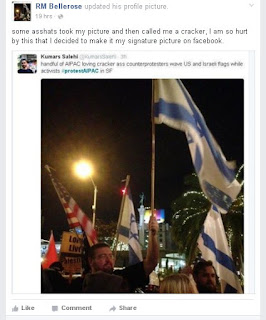 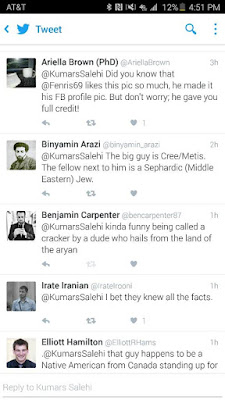 One hundred of them. A dozen of us on the street, with hundreds more inside the hotel celebrating the friendship between Israel and America.

It counts as a win