While hardly authentic Israeli cuisine, the Burgerim franchise is making a splash nationwide. Donna Tuchner, an Israeli native,  opened the first Burgerim in Tel Aviv.  The concept is customized mini-burgers, with ground meat, vegetarian and fish offered in burger form.  Oren Loni, Burgerim's current owner and president purchased Burgerim's name and rights and is selling franchising rights worldwide. Burgerim is slated to open its 500th store by the end of the year. In the East Bay alone, there are Burgerim locations in Walnut Creek, El Cerrito, Concord, Vallejo, San Ramon, San Pablo,  Livermore, Antioch and Newark. 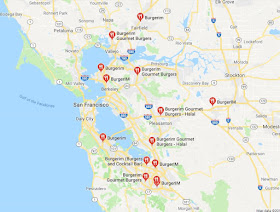 Its strange to imagine that the locally operated and locally owned franchises of a concept restaurant that originated in Israel would attract the BDSer's ire, but their choices have never been logical. After all, this was the group that instituted a boycott of  "made in New Jersey" Sabra hummus, because the name kinda sorta reminded them of Israel.

The Burgerim franchise proudly, respectful promotes its Halal burgers, providing a dining out opportunity to traditionally observant members of the Islamic faith.

In observance of Ramadan, the Dearborn, Michigan Burgerim (owned and operated by an Arab-American) set up a tent, was open until 3am, and gave out free burgers. 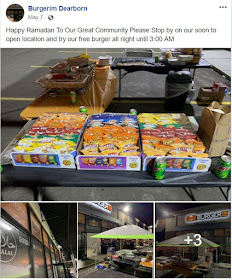 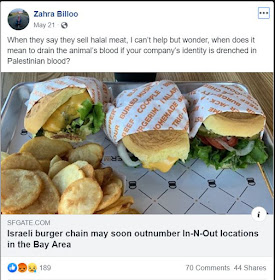 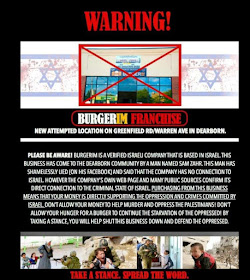 To the blame Israel crowd, it simply Halal-washing. 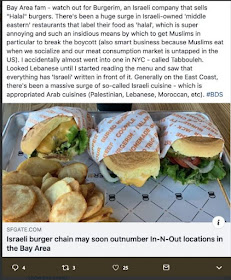 Amer Zahr, in his blog "The Civil Arab"  knows the boycott is absurd, writing:

Now, it may be technically true that the US operations no longer have a formal, legal connection to the Israeli operations. But, of course, there would be no American Burgerim if there were no Israeli Burgerim, which proved the concept, showed market success, and imported the idea and CEO here to America.

Yeah.  It kinda sorta reminds him of Israel and that's enough to merit a boycott.

You know what to do.  Check out Burgerim.  If you don't eat meat, have one of their yummy milkshakes.  Or try their falafel burger.  It won't help Israel, but it might make an Israel-hater cry. And isn't that the least we can do?